Congress has released its first list of candidates for the upcoming Bihar Elections 2010. Meanwhile, the Election Commission also issued the notification for the first phase of polls.

Bihar Assembly Elections 2010 are to be held from 21st Oct to 20th Nov in 6 phases. The first phase begins on 21st Oct and last date for filing nominations is 4th Oct. Candidates will be able to withdraw nominations till 7th Oct. 47 assembly constituencies will go to poll in the first phase. 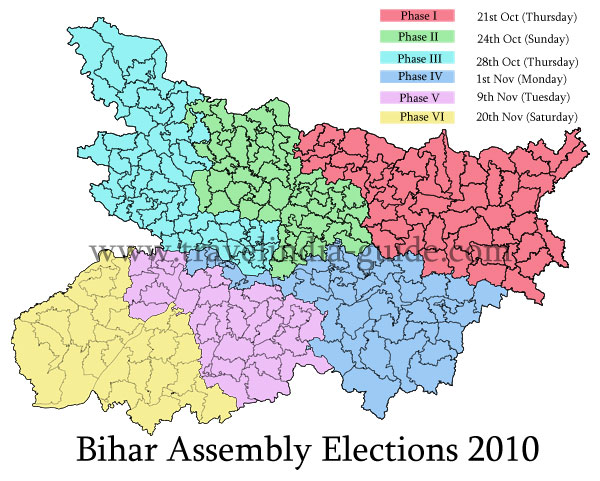 Congress is planning to fight the elections alone this time. It has been reduced to a negligible force in Bihar and it sees this election as an opportunity to regain lost grounds. However, it is quite certain then in case of a split verdict, Congress would bend over to support a RJD led Govt quite easily.