Phase 4 of Bihar Assembly elections 2010 concluded on Monday 1st Nov without any major incidences of violence. The elections today were mostly in the Maoist hit constituencies and a tight security covered was kept to ensure peaceful polls.

42 constituencies and 568 candidates fate were sealed by an electorate of 10.4 Cr today across 10,716 polling stations. 51% of voting was recorded.

Districts that went to polls in the fourth phase are: Begusarai, Khagaria, Bhagalpur, Banka, Munger, Lakhisarai, Patna and Jamui. 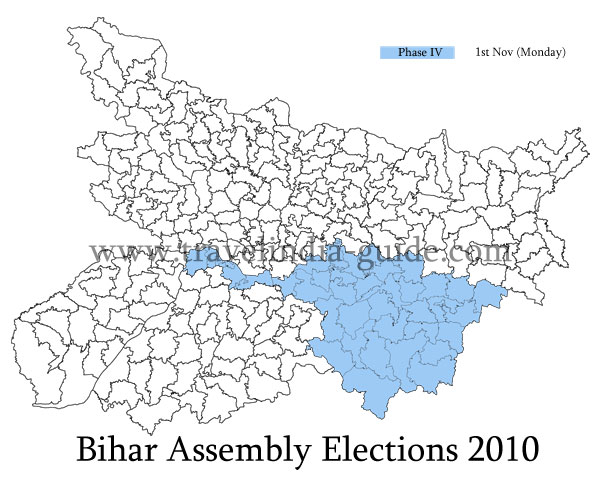