Bihar will go for the fifth phase of voting today for Bihar Assembly election 2010. Four phases of the polls have been completed successfully till now and the last phase is scheduled on 19th Nov.

Phase V of Bihar Assembly Elections 2010 will be held on 9th Nov 2010 (Tuesday). A total of 35 assembly constituencies will go to polls on this date. The general poll timings will be 7 AM to 5 PM, except in 12 constituencies of Rajauli, Gobindpur, Arwal, Kurtha, Jehanabad, Ghosi, Makhdumpur, Bodh Gaya, Phulwari, Masaurhi, Paliganj and Bikram, where the poll hours are from 7 AM to 3 PM.

The districts that will go to poll in 5th Phase of Bihar elections are: Sheikhpura, Nalanda, Patna, Bhojpur, Arwal, Jehanabad, Gaya, Nawada and one constituency from Jamui District. 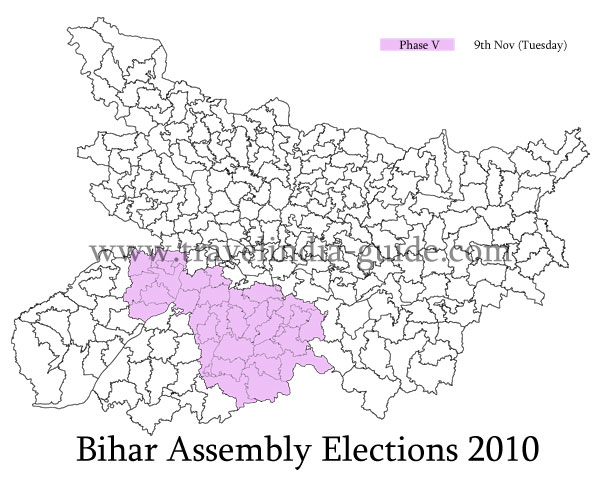