With polling in the last phase of Uttar Pradesh elections ending today, the Exit Poll results will be showcased by all major channels tonight and we will bring you an update from all the channels on the same.

Times of India in its issue for 3rd March 2012 has mentioned that punters are betting on a President’s Rule in UP after the 6th March verdict. The next possibility is said to be of SP forming a Govt in coalition with Congress. The third possibility is that of BSP uniting with Congress to form the Govt. SP is expected to receive 146 to 150 seats by punters and BSP is expected to reach 106-109 seats. A President’s Rule probability is looming large if SP fails to near the majority mark on its own as President’s rule will be the most favourable option for Congress.

All major Opinion Polls before the elections began suggested that SP is going to emerge a leader in the Uttar Pradesh elections while it’s a direct fight between Congress and BJP in Punjab, Uttarakhand and Goa. Tonight at 5 we will bring to you Exit Poll results from all major News Channels and then on 6th March we will bring to you Live election results 2012. 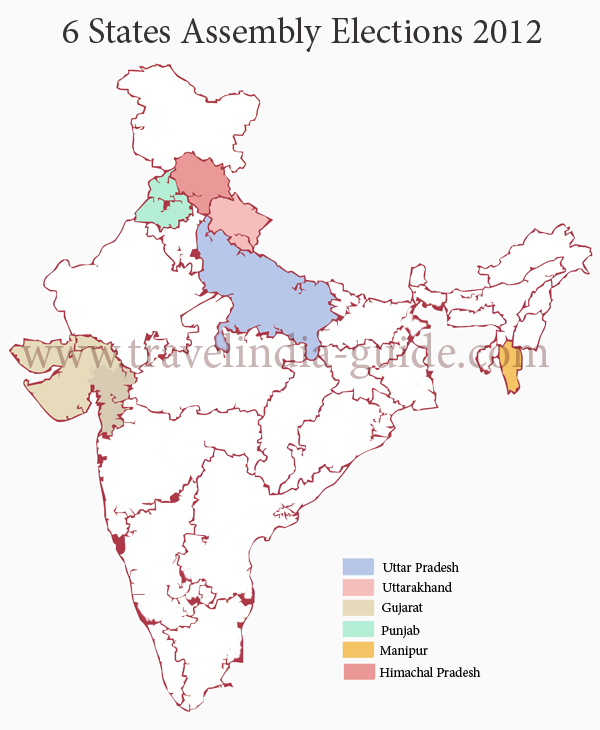