Congress has done everything possible to lose the 2014 elections, but there is still a big chance that BJP may not benefit from it and the party won’t form the Govt after 2014 Lok Sabha elections.

1. In-fighting: Ever since Vajpayee Ji retired from active politics, BJP has lost all direction. It now has several leaders on the top all talking in different directions. Nitin Gadkari, Sushma Swaraj, L K Advani, Arun Jaitley, Narendra Modi, B S Yeddyurappa and so many other leaders all happily contradict each other in full public view. No one knows who the actual leader of the party is.

2. Alienating Friends: BJP knows it doesn’t have a nation-wide presence, so it was important for them to build bridges with stronger regional parties and keep them happy. Instead they have ended up alienating all those who may matter. In Orissa, they broke their strong alliance with BJD and in Bihar they keep challenging Nitish’s might which may now see them fighting the 2014 elections alone in Bihar as well. 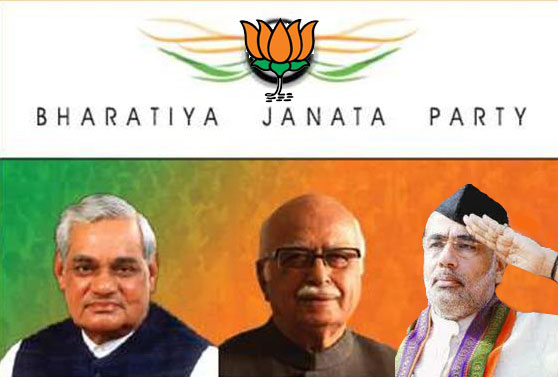 3. Incapable of forming alliances: While BJP has failed to keep their friends together, they have also failed to form any new alliances. In the 8 years that they have been out of power, they have not formed one new alliance with any other regional party. AIADMK, TMC and even Mayawati’s BSP could have forged an alliance with BJP if they were approached well, but BJP never took this as a priority.

4. The “Communal” tag: BJP has still to find a solution to its biggest problem. They have been branded communal a.k.a. anti-Muslim. When Congress members were found involved in killing the Sikhs in 1984, Congress was branded anti-Sikh but they were able to shrug the tag off fairly quickly. But BJP’s think tank has failed to remove the communal tag after the Ayodhya-Babri Masjid incidence. The Ram Mandir issue may have been dead years back but BJP continues to lose minority votes because of it. A riot in Assam was not called communal because it has Congress Govt there, but riot is Gujarat still haunts Narendra Modi with communal tag!

5. Opportunist politicians: No matter how much prices rise or Congress ministers are caught in multi-crore scams, opportunist political outfits will find a reason to support Congress. On the pretext of BJP being communal, these parties will support any Congress-led or supported Govt. For these parties, the price rise, corruption or scams mean nothing.

6. Congress game-plan: Congress is a master in politics. Britishers used divide and rule policy quite well and Congress has followed on their plans ever since. India stands divided in terms of caste, creed, religion, poor vs rich, educated vs uneducated and there is no planning whatsoever to reduce the divide. Instead, energy is spent on remaining in power by any way possible. And Congress knows that quite well and it can change any bad situation to its favour quite easily.

7. Regional parties: Regional parties will do anything to support Congress because Congress knows how to keep them happy. BJP has just acted snobbish and with a lot of attitude and the smaller parties do not feel comfortable under BJP.

8. Narendra Modi factor: Naredra Modi is BJP’s biggest asset but he is also currently BJP’s biggest problem. If he is declared PM candidate, JD(U) will leave NDA. Even L K Advani is said to be against Narendra Modi’s PM candidature. All depends on how Modi performs in Gujarat elections and then his and BJP’s future will be decided.

9. The Triple M Factor: Mayawati, Mulayam and Mamata re going to emerge stronger in the 2014 polls. And it is these 3 who will decide who forms the next Govt in India. Congress will not get a definite majority. But in all probability, Mayawat and Mulayam will support Congress or get supported by Congress. We may even see Mulayam become the PM of India if SP succeeds to gain good seats from Uttar Pradesh.

10. Directionless BJP: BJP is confused and has no direction. Gadkari has been given a second term even after his disastrous planning in UP Assembly elections. The party recently tried to reach out to Muslims but that only helps alienate the Hindus even further away. Muslims for a fact are not going to have any faith on BJP so easily. Indian voters have not yet understood the cost of scams committed under the Congress regime. It’s quite easy to win over their votes by offering them money and booze during polls. However, for BJP nothing is going right for now and unless they take some drastic steps, we may see Congress led or Congress supported Govt at the Center in 2014.